Two weeks ago my sister-in-law asked me if I would like a bag of starter for Friendship Bread.  Having made Amish Friendship Bread once before, and really liking the outcome, I accepted. 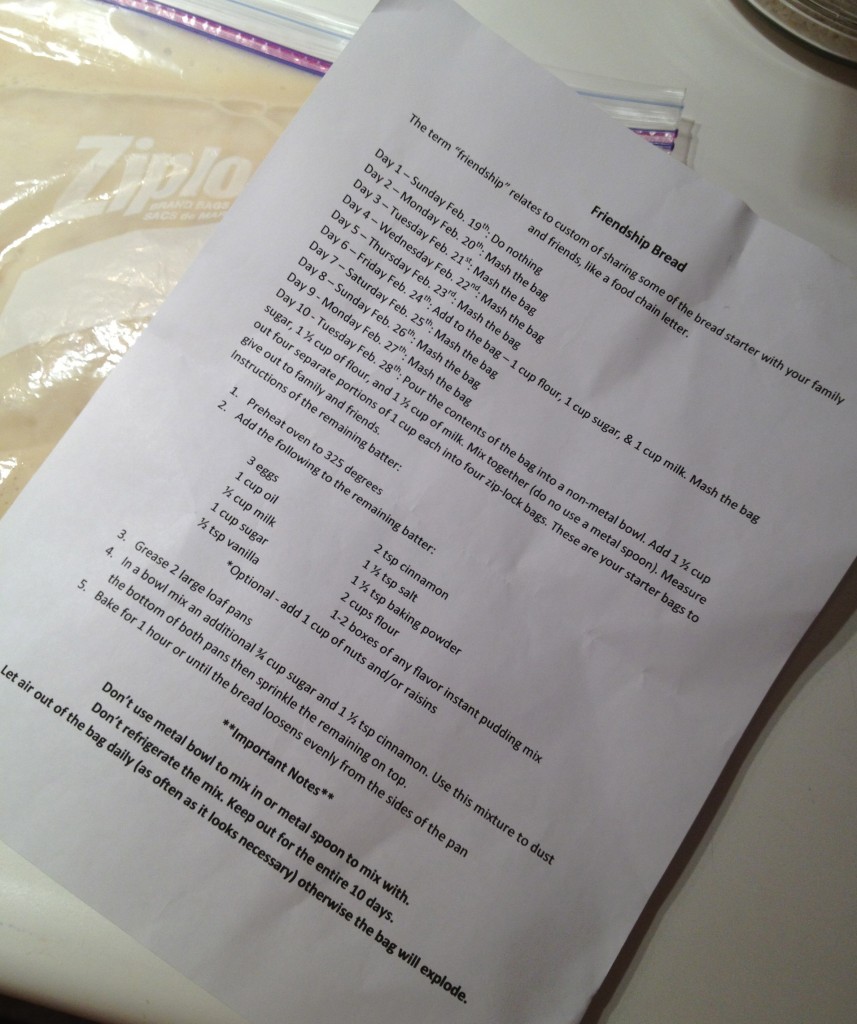 My plan was to use the starter right away to make a loaf of the bread for us to have as snacks during the week instead of continuing the chain letter process.  Call me lazy, but with everything else on my plate at the moment, I didn’t feel like retyping the directions, or trying to unload four baggies of the gooey starter to skeptical recipients who might not get as excited about this sort of stuff as I do. 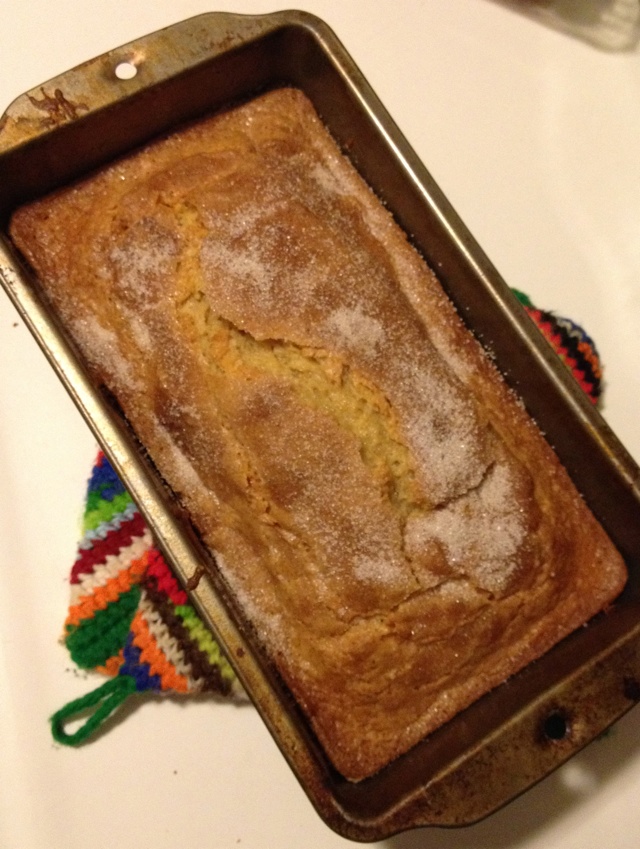 As the directions are written, it is hard to tell how much starter is needed to make one loaf of bread, since the “remaining starter” is the amount that is called for when making two loaves of bread.  Not knowing how much starter I would have at the end of the ten days of adding ingredients, I decided to just follow the ten day directions, and decide what to do with all that starter on day ten.  On the tenth day, after following the last starter directions, I scooped four cups into a separate bowl instead of into ziplock bags.  I then measured the remaining starter and found that I was left with two cups which would result in two loaves of bread.  At that point, I decided to make the two loaves of bread, while deciding what to do with the remaining four cups of starter…  While the two loaves baked in the oven, I decided to make muffins with two cups of the remaining starter (yields 24 muffins), and one large 13″ x 9″ coffee cake style bread with the other two cups of starter. 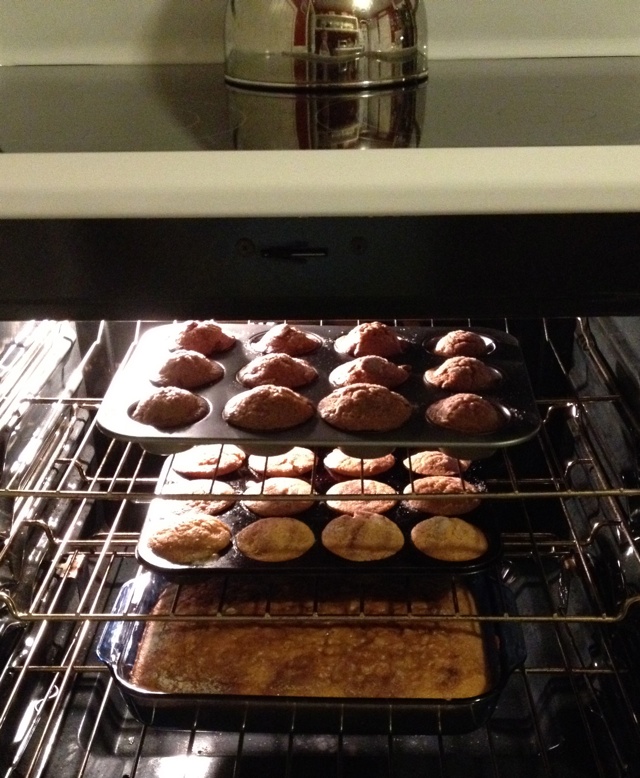 We each brought a bread to work, and kept one loaf for ourselves.  The muffins, which taste like doughnuts, are headed for the freezer this weekend for future enjoyment if they freeze/thaw well.  We shall see…

For anyone interested in making this bread, the starter recipe can be found on a website called the The Friendship Bread Kitchen.  They even have sugar free, vegan, gluten free, and yeast free recipes for starter, as well as a wide variety of recipes (not just bread!) that can be made with the starter.

For the love of food and cooking, and the adventures both inspire...
View all posts by Kellie →
This entry was posted in Bread, Desserts & Sweets. Bookmark the permalink.