My parents gave us a rice cooker for Christmas, and since then I have been cooking rice at least twice a week.  I like rice, but for some reason I avoid cooking it–perhaps because I haven’t perfected the art of cooking rice on the stovetop.  I often forget it, and it ends up mushy or stuck to the bottom of the pan.  If not stuck to the bottom of the pan, it is often starchy or sometimes too chewy…  The rice cooker has resulted in perfect rice nearly every time so far, so I have to say it’s my new favorite kitchen tool.  This new toy has also inspired me to try a few different varieties of rice, including Himalayan red rice, and black rice shown below. 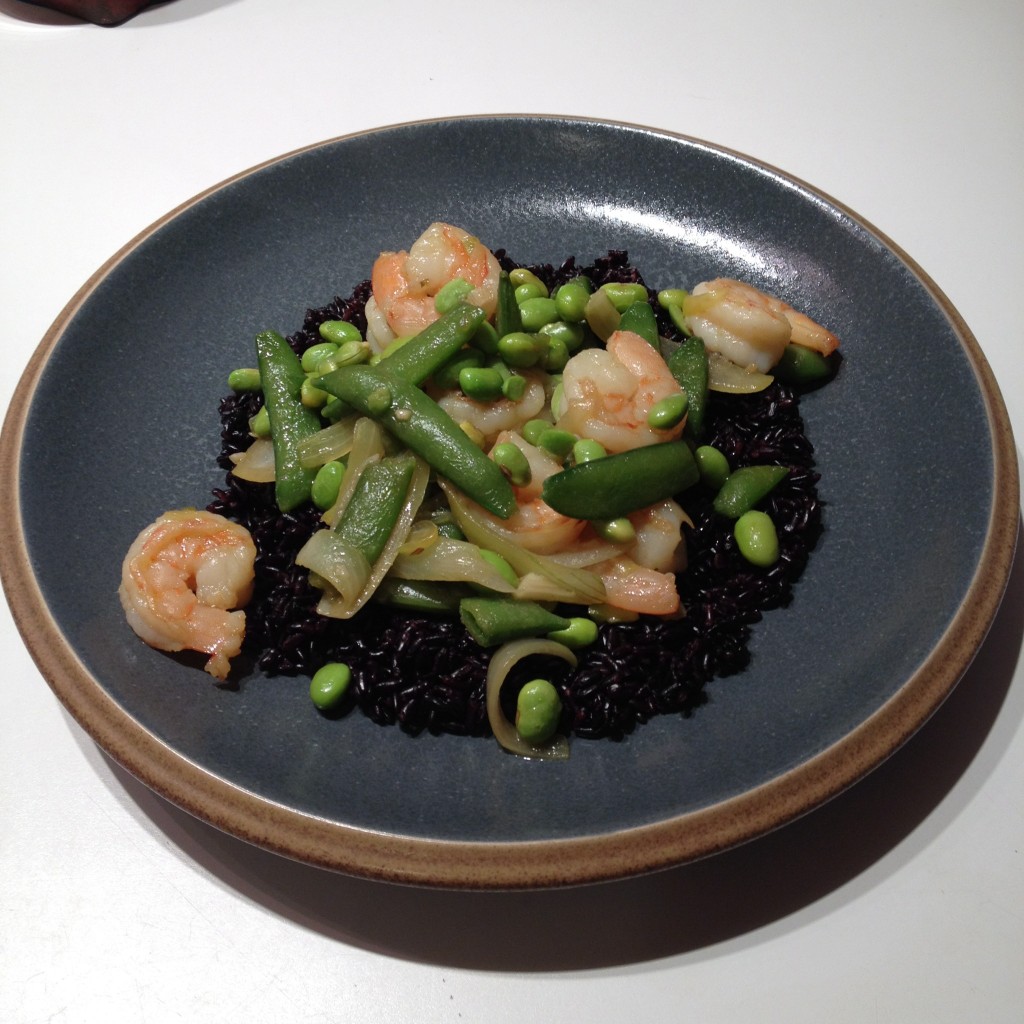 I liked the chewy texture of this rice, and its interesting purplish-black color, though my husband joked that it looks like mouse poop which took away a bit of the aesthetics for me.  Supposedly black rice is a “super food” with more nutritional value than other types of rice.

Curious to see how a batch of rice pudding would come out if made with black rice, I used the leftover rice and the recipe that came with my rice cooker to try a small batch.  The pudding had a texture that didn’t really appeal to me, but it tasted okay.  Next time I think I’ll try a traditional rice pudding recipe, made on the stove top, substituting black rice for the white rice.

For the love of food and cooking, and the adventures both inspire...
View all posts by Kellie →
This entry was posted in Veggies & Grains. Bookmark the permalink.