Not Your Average Pork ‘n Beans

I found a recipe for a black bean and pork soup that sounded interesting, though I didn’t have any black beans on hand.  I ended up modifying the recipe using dried pinto beans and ended up with a hearty, high protein, flavorful stew.  We enjoyed it with fresh Miller’s Grain bread from the Bread Shack in Auburn, Maine. 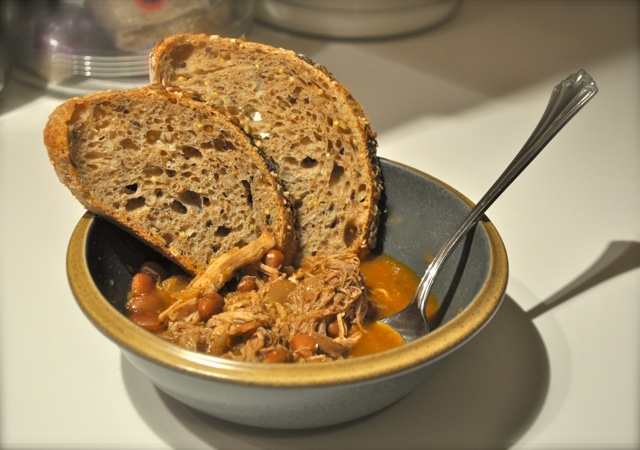 This salsa added just the right amount of heat to the stew.  The original recipe came from a Woman’s Day magazine my grandmother gave me.  I followed the recipe except for the following substitutions:

1 lb of pork loin in place of boneless pork shoulder

The stew smelled delicious while it cooked in the crock pot, and has made for easy dinners and lunches during the week.  I may end up freezing some of the leftovers for future use since it made quite a large batch, and there is a limit to the amount of pork and beans one should eat…

For the love of food and cooking, and the adventures both inspire...
View all posts by Kellie →
This entry was posted in Soups and Stews. Bookmark the permalink.