A couple of weeks ago I found myself with a surplus of tomatoes and was concerned that if I didn’t use them or preserve them quickly they would spoil.  It all started when, at school, one of my students brought me a bag of tomatoes from the schoolyard garden he has been helping to care for. 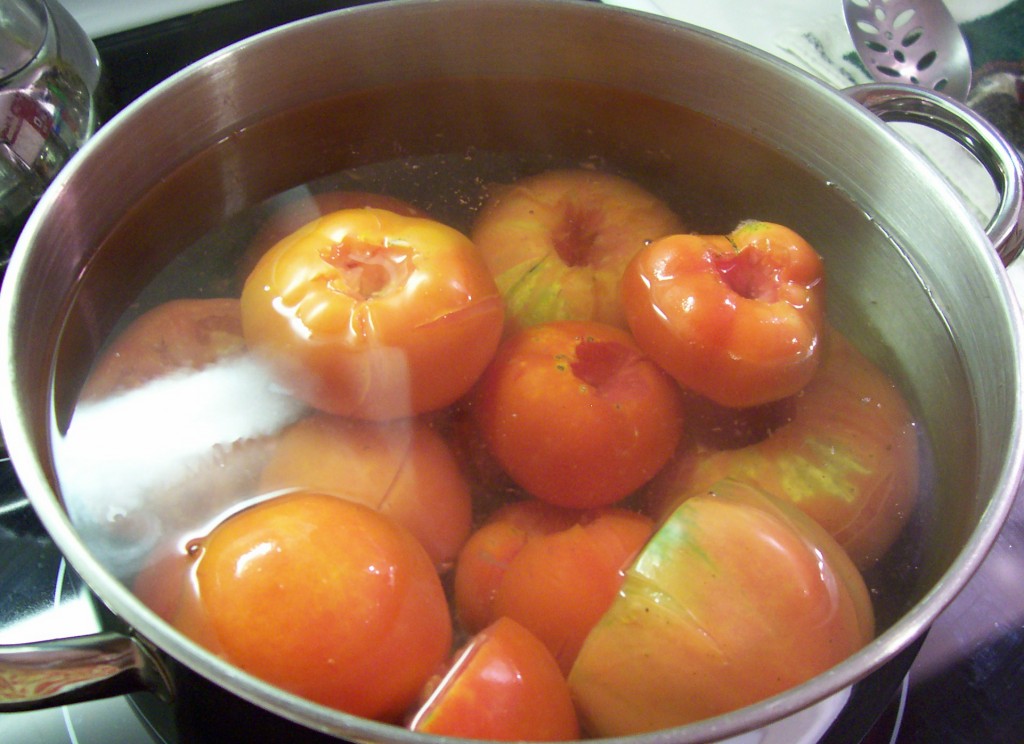 Then after arriving home from school, my mother called to say she was on her way through, and that she had some tomatoes from my uncle’s garden that he wanted me to have.  I had never had so many tomatoes sitting on my kitchen counter, and was thrilled to finally be able to try making spaghetti sauce from fresh tomatoes!

Since I had never prepared tomatoes for a sauce before, I started with a little online research.  I found a website called Eating Well which featured a “Fresh Tomato Sauce” recipe that gave clear directions for preparing the tomatoes for a sauce.  Since it was late, and I knew I didn’t have the time to actually make the sauce, I started by peeling the tomatoes as directed by the recipe, and stored them in plastic containers in the refrigerator overnight.

The next afternoon I diced the tomatoes and modified the recipe I had found by adding a little of this, a little of that, recording these additions as I added them in case I ever wanted to make a similar sauce again.  The results were a sweet and savory spaghetti sauce which have provided us with a large batch of spaghetti, one large vegetable lasagna, and about two quarts remaining which I have frozen for future use. 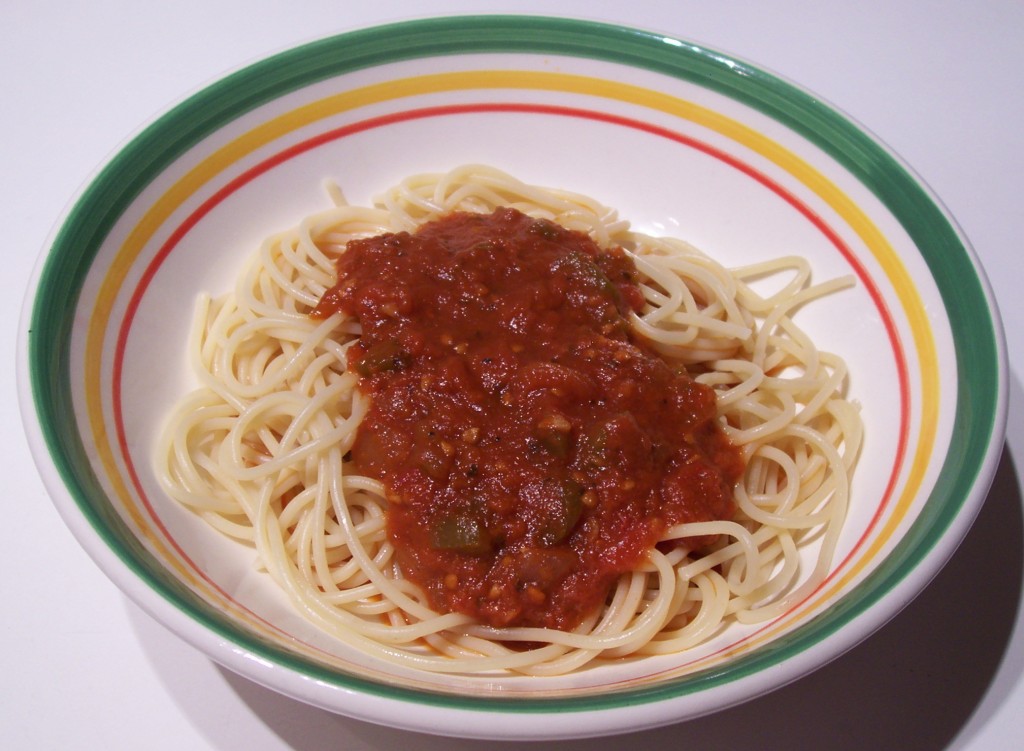 1.  Saute the garlic, onion and green pepper in olive oil over medium heat until transparent.

2.  Add all other ingredients and cook over medium heat for several hours, stirring occasionally.  Reduce heat if the sauce begins splatter or stick to the bottom of the pan.  If keeping a lid on the pan, tilt to allow the escape of excess water vapor.  This will result in a thicker sauce.

For the love of food and cooking, and the adventures both inspire...
View all posts by Kellie →
This entry was posted in From the Garden, Pasta Dishes, Veggies & Grains and tagged homemade spaghetti sauce, recipe. Bookmark the permalink.